Gene Crawford from UnmatchedStyle asked Paravel to design a page for this year’s CSS Off competition. Over 5,000 front-end developers have entered to show off their skills by taking a PSD we designed and coding it out. Entries will be judged and prizes will be awarded. Awesome! 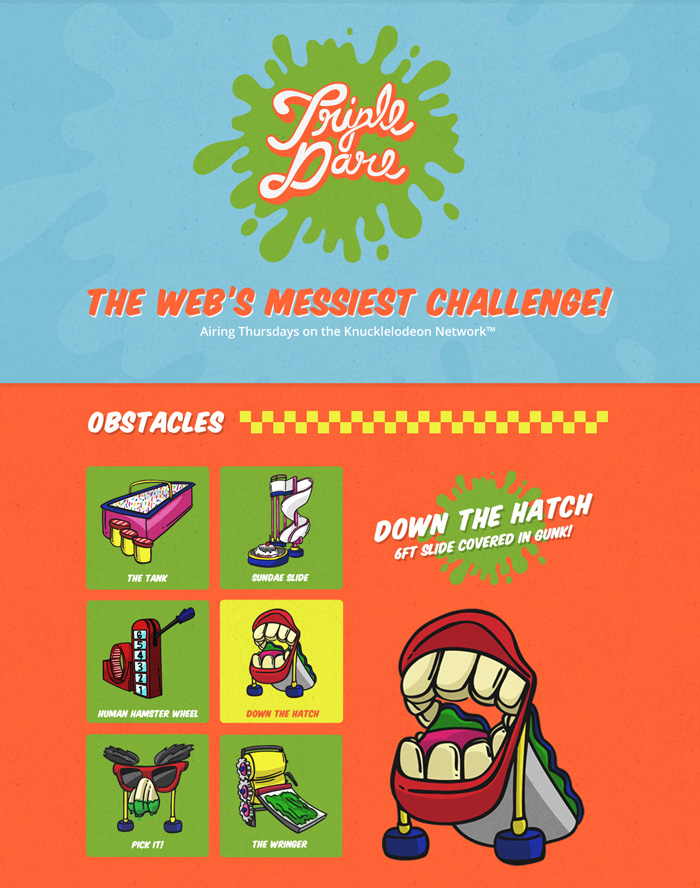 After a morning of team planning and intensive YouTube research, we settled on building a page for a fictitious gameshow on the Knuckleodeon Network called Triple Dare. Reagan put together some fantastic illustrations, and I designed them into a layout that I hope leaves lots of room for code-out interpretation. There are quite a few places where interesting animations, transitions, transforms, and interactions could be built in. Heck, this thing could also be built responsibly… I mean responsively… I mean both ;)

Be sure to read Reagan’s post to get the low down on his illustration process. We’re all very excited to see what people come up with. Happy front-ending!